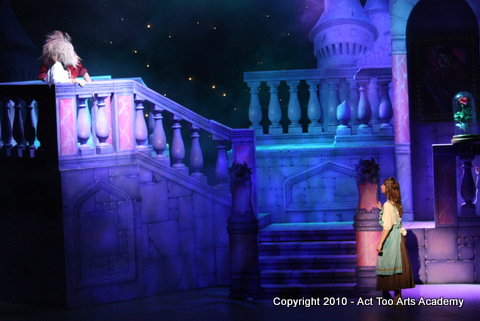 Act Too Group is a unique touring theatre company in the south east of England with asolid reputation for excellence. Having been founded 1991 we have produced over thirty large-scale productions in the Sussex region.

We are regularly recognised by the industry, most recently winning the ultimate in amateur critical acclaim - the National Operatic and Dramatic Association ‘Accolade of Excellence’ an unprecedented three times! Our productions of ‘We Will Rock You’ 2007, ‘Witches of Eastwick’ 2006 and ‘Copacabana’ 2004 were all winners. We were also delighted to have been one of only eight companies nationwide to be invited by Cameron Mackintosh and Josef Weinberger to stage a national limited release premiere of ‘The Witches of Eastwick’. Further in 2008 we were given the ultimate industry honor of being granted the European Amateur Premiere production of Mel Brooks’ comedy musical masterpiece ‘The Producers’.

Act Too has always been the most focused company locally in providing opportunities and developing children and young people as our past record reflects, with over 20 junior shows in the past five years alone. All of these productions have provided great fun and development opportunities for our youngsters as well as having been greeted with great critical acclaim.

OUR MISSION:  To provide a uniquely positive learning experience in the theatrical arts and the best environment in which to nurture confident, grounded and rounded performers.

In 2005, owing to popular demand, the group put together a team of the area’s finest theatrical teachers to provide a fabulous new opportunity for young people who want to get into the performing arts. Act Too Arts academy opened its doors for the first time on Saturday 22nd January 2005 in Horsham and Haywards Heath. Due to the overwhelming success and popularity a further branch was opened in Crawley in October of the same year in order to give even more young people a chance to shine.

Act Too Arts Academy is second to none and leads the way in pioneering new principles in teaching and nurturing young talent. All pupils are taught all three theatrical disciplines of Drama, Singing and Dance in equal measure. Additionally it offers a good background in staging, stage sets, design, lighting, sound, props, makeup and all the behind the scenes bits that give the students a good general grounding.

The Arts academy aims to provide all students with the tools and opportunity to audition for all of the ‘Act Too Group’ productions and other shows such as the annual pantomimes we produce involving young people. In their first three years alone our students enjoyed the following fantastic show opportunities:

At an average of 6 shows per year, clearly the opportunities for development and performance locally do not come any better and we will continue to strive to provide the very best for all of our students.

It is clearly working as we have had many students go on to professional work. We have students who have played leading roles in London productions including one student who in 2009 won the title part of ‘Oliver!’ in the West End production, playing alongside Rowan Atkinson as Fagin,

Above all else Act Too is a place of fun coupled with the productive environment and opportunities to grow as people as well as performers. 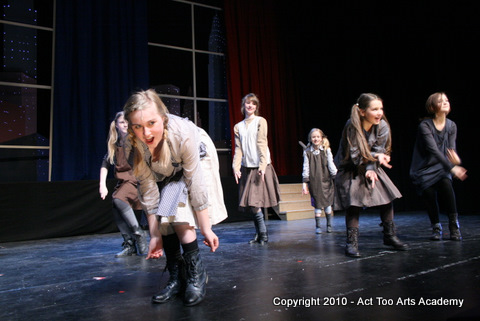 Entry into the Arts academy is by assessment only, allowing us to best place each pupil in a class which suits the present level of their ability and their appropriate age. Demand has been consistently high and we now have a waiting list for most branches.

If you would like to join or be added to the waiting list [in some cases] then we would request application forms to be completed and returned as soon as possible. We accept all pupils for their initial assessment on a first come, first served basis.

In the first instance when a place becomes available at any of our academies you will be invited to attend a free trial session which will give you an opportunity to experience for yourself what we are all about. You will then be invited to join. Over the first twelve weeks we will monitor and assess your interest and motivation. If you show that you are keen and enthusiastic then you will become a full member of the academy.

We are very keen for Act Too to remain a place where all students are motivated and enthusiastic and we provide an environment that stimulates this constantly. However, should we suspect that a student is no longer motivated or is being encouraged to remain with us against their own preference then we reserve the right to redeem their place for a new student.

Please also note that we welcome pre-applications for students who are not yet five and recommend that these too are registered as early as possible to gain a high priority on the waiting list. Once again, in the interests of fairness these will be treated on a first come, first served basis as the children reach the age of five. 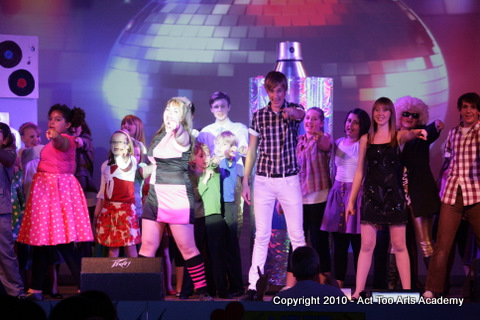 THE ACT TOO STUDENT CODE

A          Always respect your tutors and their advice

P          Pick your own learning experiences and development

I          Investigate new ideas and techniques, always with an open mind

Each Academy has three classes per week – singing, dancing and acting. They all start at 09.00 and finish at 12.30 when parents arrive for the final 15 minutes.

The Arts academy runs every Saturday morning throughout the year. We run through all of the half term holiday dates except Easter and Christmas and we close for the whole of August.

An hour of each discipline Acting, Singing and Dance, taught by some of the areas finest and most experienced professional consultant tutors.

We now have places available at our Crawley Act Too Arts Academy Branch based at Oriel High School in Maidenbower every Saturday morning.