The Oxford Academy of Performing Arts offers an all round part time theatre training including, Dancing, singing and drama classes in Oxford

The Drama school in Oxford ALSO has a wide range of dance classes including, tap, ballet and Street dance in Oxford.

The Oxford Drama School The Academy of Performing Arts is North Oxford's Independent Performing Arts Organisation.  We offer performance opportunities to suit all ages and interests at locations across Oxford City. See below for details of our classes. 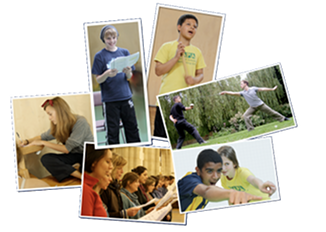 Performing Arts Classes in Oxford- 8 to 18 year olds Saturdays 9.30am

Taught by professional performer Robin Colyer, a tapper for 20 years and Dance Captain for Craig Revel Horwood of Strictly fame.

Considering a career in acting or simply ready for a greater challenge?  Led by established actors, the Masterclass Theatre Club offers an introduction to professional training for older students.

Visit our Website for Full Details of our Drama Classes, Summer Holiday Courses and our Adult  Choir Vox Steady.

Taught by professional performer Robin colyer, a tapper for 20 years and Dance Captain for Craig Revel Horwood of Strictly Fame, Robin's light hearted and friendly approach makes for a fun yet focussed classes for a range of experience levels.