Elstree and Borehamwood Youngstars Dancing and Drama School and Agency 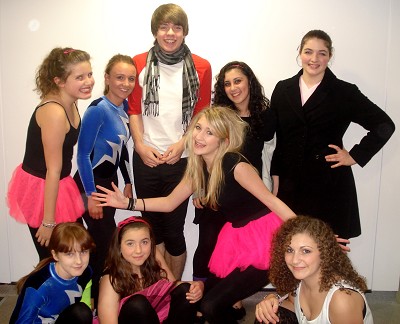 Elstree and Borehamwood based Youngstars School and Agency, provides Dance, Singing and Drama Classes, for children aged 3-18yrs near North London and Hertfordshire

Our classes are in a fun 3 hour package for boys and girls between 6 - 18 years old.

Eshan joined YOUNGSTARS when he was just 5 years old. We all knew he could dance. Now listen to him sing! He has performed in the Wizard of Oz at the London Palladium, and is currently playing the Young Michael Jackson at the Lyric Shaftesbury Ave. When he is not on stage for a Saturday matinee he is back at Youngstars Theatre School, training with all the other Youngstars.

Why not come and join him?

The teachers at Youngstars are dynamic young professionals, much beloved by the children. Principal and supervisor Coralyn Canfor-Dumas has been in the business of performing and teaching for over 30 years (child and adult performer herself) and really knows what it is all about! She is currently acting in profession Radio, TV and theatre, also teaching, and is also a LAMDA drama Examiner.

Youngstars aims to spend 3 hours each Saturday filled with fun and energy. We do a major show every other year, and smaller showcases from time to time. We participate in many local festivals and shows.

All our teachers are young, professional, and CRB checked.

The Agency is open to all our students. We have placed children in work in TV, for example in EASTENDERS and HOLBY CITY and in TV commercials, BBC, radio work, film and voice over work

Or latest success is getting one of our boys the role of Tidy Ted in the new film of Horrid Henry the Movie. 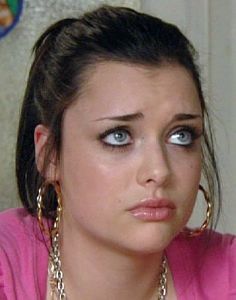 Eastenders Regular "Whitney Dean" aka Shona McGarty is a former pupil of Youngstars.

For further information on how to join Youngstars School and Agency please contact:-

One hour of fun-packed dancing, singing and drama.