The school runs on Sundays at Broadgreen High School, Queens Drive, Liverpool,L13 5UP

At Stagecoach Performing Arts School in Liverpool children can take drama classes to increase their confidence, physical awareness, communication and articulation - as well as being educational and fun.

Every week during term time children and teenagers do an hour of singing classes, an hour of dance classes and an hour of drama classes.

Students are split into 3 age groups with a maximum of 15 in a class. 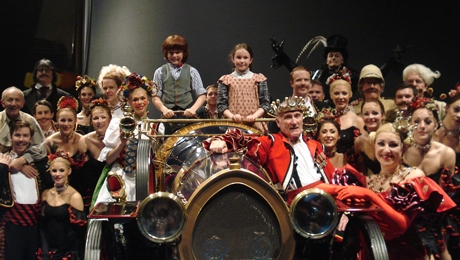 Stagecoach Liverpool students thrive in an environment where creativity is nurtured and technique and style are developed each week.

We provide performance opportunities at the school twice a year.

Stagecoach also offers it's own entertainment agency which is optional if you would like to progress to professional work. Several students performed in Chitty Chitty Bang Bang at the Liverpool Empire.

Our GLEE based Summer School which was a huge success. Students spent a whole week together preparing for a show in July. The theme was GLEE and we certainly found some great cheerleaders and sports stars in our class.

"Early Stages" will introduce your child to dance class, singing class and drama class in a 90 minute session, split into three 30 minute classes.

Classes are restricted to 15 children, allowing us to nurture young talent whilst encouraging and inspiring those who might need additional confidence.

Early Stages students are trained by some of the same experienced teachers who work in the main school, many of whom are professional educators, performers, choreographers, directors or musicians.

This term Stagecoach Liverpool are working hard towards their Lamda Exams