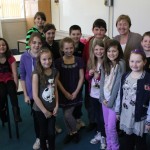 PQA in Wolverhampton is available to ALL children aged 4-18 and provides Comedy and Drama Classes, Musical Theatre Classes and uniquely Film and Television Acting Classes.

In addition to our Drama , Comedy and TV acting classes in Wolverhampton we offer our Creative Stages programme providing feedback on your child's progress, specialist masterclasses, performances every term, local cinema screenings for the students work and the chance to perform in the West End.

At the core of our philosophy is a belief that our students should really enjoy their time with us.

Our class modules are all about having fun as we build their confidence, self-esteem and expand their imaginations all the time learning valuable skills essential for everyday life.

For more information on our Drama classes in Wolverhampton please click on our 'timetable' tab above.

Students are split into groups according to their age and are taught by specialist teachers.

In Comedy & Drama you'll get to grips with everything from improvisation and devised theatre to mime and mask work, scripts and vocal techniques – including projection and diction.

Acting for camera is very different to acting on stage. The camera picks up every single blink of an eye, twitch of the face and every little tone of voice. We look at the very honest and truthful acting style required for the screen in this module – but it's not just about acting!

You'll also get a chance to see how writing for TV and film works as well as trying the roles of director, cameraman and all the other people on set. You'll work from a mixture of real TV and film scripts along with material you'll come up with yourself.

We combine elements of dancing classes, singing lessons and acting lessons because, in a musical or in musical theatre, you need to use all three disciplines to convey your story to the audience. 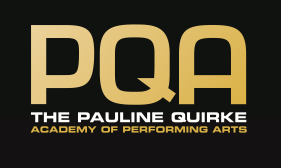 Summer School in Rickmansworth based on the iconic film Grease 2023