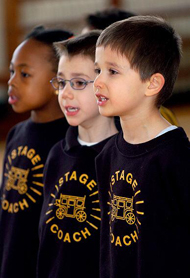 Every week during term time children and teenagers do an hour of singing, an hour of dance and movement and an hour of acting. Performing Arts classes for kids help to develop confidence, physical awareness, communication and articulation - as well as being educational and fun.

Stagecoach Wilmslow was one of the very first Stagecoach schools to be based in the Northwest and outside of Surrey where Stagecoach began. 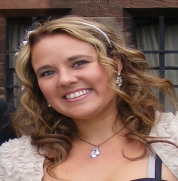 Stagecoach Wilmslow branch has been owned by the Tristram family since 1995 and was initially run by Harry Tristram who went on to open 7 other Stagecoach schools in the North West. Subsequently, he was joined first by his wife Margaret and then by his daughter Laura.

Laura, the Principal of Stagecoach Wilmslow, has been involved with Stagecoach since 1997, originally as a dance and drama teacher and went on to become Principal in 2000. 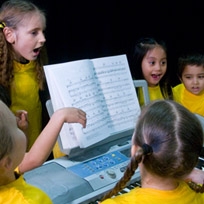 Stagecoach Wilmslow is more than just a stage school, theatre school or drama school. We are proud to offer a full and rounded education, teaching life skills to build confidence and stretch imaginations through Singing, Acting and Dance classes.

For children already doing drama in school, Stagecoach complements the skills learned by improving diction, concentration and improvisation technique. For those not already involved with drama in schools, our drama classes are perfect for building confidence, introducing role play techniques and memorising scripts.

Early Stages is a "nursery" class designed to introduce young children aged 4-6 years to Stagecoach. Developed specifically to the needs of junior children these sessions work to enhance the learning, development and creativity of young people, giving them a safe environment to grow and stretch themselves.