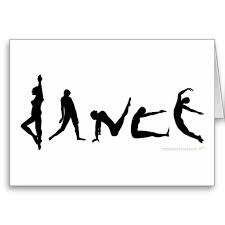 Tap dance is a form of dance using the sounds of tap shoes striking the floor as a form of percussion. Two major variations on tap dance exist: Rhythm tap and Broadway tap. The latter focuses on dance and is widely performed in musical theatres around the world. Rhythm tap focuses on musicality, and considers itself to be a part of the Jazz tradition.

"Soft-Shoe" is a gentler form of tap dancing that doesn’t require tap shoes, and though rhythm is generated by tapping of the feet, it also uses sliding of the feet even sometimes using scattered sand on the stage to enhance the sound of sliding feet (NB: My mother, who was in Variety, used to do a Soft-Shoe routine with my dad and they used Rice Crispies!-Stage management loved them) Soft-Shoe preceded what is currently considered to be modern tap, but has since, sadly, declined in popularity.

Tap dance has roots in dancing such as Irish step-dancing, English Lancashire Clog dancing and Juba Dance. It is believed to have begun in the mid-1800s during the rise of minstrel shows. Famous because Master Juba, William Henry Lane became one of the few black performers to join an otherwise white minstrel cast.

During the 1930s tap dance mixed with Lindy Hop. In the mid- to late 1950s, the style of entertainment changed. Jazz music and tap dance declined, while rock and roll and the new jazz dance emerged. What is now called jazz dance evolved out of tap dance, so both have many moves in common.

No Maps on My Taps, the Emmy award winning PBS documentary of 1979, helped begin the recent revival of tap dance. The outstanding success of the animated film, Happy Feet, has further reinforced the popular appeal.

Tap dancers make frequent use of syncopation. Choreography usually starts on the eighth or first beat-count. Another huge aspect of tap dancing is improvisation. Tap dancing can either be done with music or without, the latter is known as a ‘cappella’ tap dancing.

‘Hoofers’ are tap dancers who dance primarily closer to the floor, using mainly footwork and not doing very much with their arms. This kind of tap dancing, also called ‘Rhythm’ tap, was employed by slaves in America. Because the slaves were generally not allowed to practice their own culture and customs, they mixed their form of dancing with Irish step dance to create tap dances that could be concealed from slave owners and over-seers. This is the origin of tap and what later evolved into what people know as tap now.

Early tappers like Fred Astaire provided a more ballroom look to tap dancing, while Gene Kelly introduced ballet elements and style into tap. This style of tap led to what is today known as ‘Broadway’ style. It often involves high heeled tap shoes and show music, and is usually the type of tap first taught to beginners.

“After all, Ginger Rogers did everything that Fred Astaire did. She just did it backwards and in high heels.”
Ann Richards